The Aikido of Kenji Tomiki

We practice a sports style of Aikido known as Tomiki Aikido. Tomiki Aikido differs from traditional (Hombu or Aikikai style), in that we have freestyle randori or competitive matches.

Tomiki style Aikido was developed by Professor Kenji Tomiki at Waseda University in the 1960’s. Prior to that, Professor Tomiki was a Hachidan (eighth-degree black belt) in both Aikido and Judo, having studied under O’Sensei, Morihei Ueshiba, the founder of Aikido and Jigaro Kano, the founder of Judo. 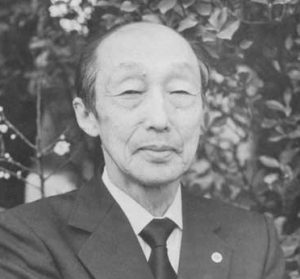 “I learned the true meaning of really profound martial skills and techniques from Ueshiba-Sensei, and I learned the doctrines, innovations and educational merits from Kano-Sensei” 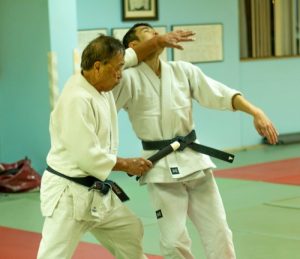 Seiji Tanaka is an 8th degree black-belt with over fifty years of experience practicing Aikido. He first began studying under Professor Kenji Tomiki in 1958, and was the first captain of the Waseda University Aikido Club. In 2013, he received the rank of Shihan by the Japan Aikido Association (JAA), the highest honor from Japan.